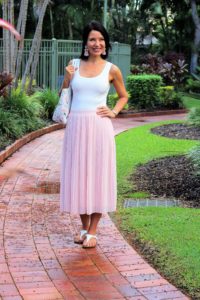 Once upon a time ago, I thought being a perfectionist was a good thing. I remember a Home Economics teacher calling me a perfectionist back in grade 8. She said it in a derogatory way and for many, many years, I would wonder why she said it and how it could possibly be a negative trait. Fast forward 42 years and I finally discovered how debilitating perfectionism can be. (I’m 43 now, so this little tidbit only recently came to light)

I will always, always strive to do my very best at something and I fully expect to do it well. The problem is, when I can’t do it well, it causes all kinds of angst and self criticism. Even worse than that is, if I’m unsure of my ability to do something perfectly the first time, it’s unlikely I’ll do it all. I won’t even try, just in case I fail.

Does this sound familiar to you?

A couple of years ago I was accepted into the Queensland Police Academy to train as a recruit. I was beyond excited because I’d waited 18 months and worked hard to get in. I didn’t get a lot of notice before I had to start but I was organised and ready to go. I started at the academy in July 2016 and every single day was a struggle. It was a whole new environment for me as I hadn’t ever done anything like this before and yet I expected to grasp all of the protocols and procedures immediately. When I didn’t, I felt like a failure and, after just 3 weeks, I left the academy amid an enormous amount of tears. Two and a half years later, I’m still struggling with the disappointment that came with the situation. Looking back, I now realise if I hadn’t expected so much of myself and been the perfectionist that I am, I most likely would have gotten through the 7 months training at the academy and would now be a police officer. I always assume others expect a lot from me but, really, it’s the pressure I put on myself that causes the problems. The police academy is certainly not the first, or last, situation of a similar nature. It is simply the most regrettable.

So, what to do about this trait that holds me (and possibly you) back from tackling projects and fulfilling long held dreams?

Fight it head on!

Experts say that to combat perfectionism it is a good idea to gradually lower your standards. They suggest you slowly expose yourself to your fear of mistakes. That is, they recommend you actually intentionally make mistakes, in order to realise that the consequences of these mistakes are not as bad as you may think.  It’s true. A typo in an email or Instagram caption is not the end of the world. Nor is wearing clothing with a stain on it. (Though by my usual reaction to these things you’d think that it was!) It sounds scary but when you think about it realistically, it really isn’t such a big deal.

Take these photos for example- My beautiful 80 year old neighbour saw these pictures and told me, albeit very kindly, that she found them unflattering. I was a little offended and considered not posting them but I really like the outfit and have happily worn it a few times. To post photos that I know are not the best of me is daunting but I decided it is at least a step forward in lowering my standards. It may be a little step but at least it’s something.

Experts also suggest dealing with severe procrastination that can come from perfectionism. Sometimes perfectionists like me regularly put off tasks that we think are going to be too hard or take too long to get 100% right. To combat this, they say we need to create realistic schedules and set goals. We need to break big tasks into small tasks, give ourselves a time limit for each task and then set the goal to simply finish the task, not to finish it perfectly.

Another tip is to say positive, rational statements such as “Everyone makes mistakes”, “No one is perfect” and “It’s okay if some people don’t like me. No one is liked by everyone”. These are all very true statements, so it makes sense to say them, even if just in your head.

Finally, experts recommend rewarding yourself when you are facing your fears and making a positive change. (This is the bit I like the most) Dinner with friends, reading a good book, a massage or buying something special you’ve had your eye on for a while is a nice treat for working hard at changing your ways.

So, from now on, I’ll no longer be held back by my fear of not being good enough, my fear of being a failure. I’m going to pursue my dreams, knowing I will make mistakes, knowing things won’t always go to plan and knowing I’ll be less than perfect. And you know what? I’ll be okay with that. Because then I’m going to treat myself to a nice little holiday in Hawaii as a reward 🙂

Have a great weekend. 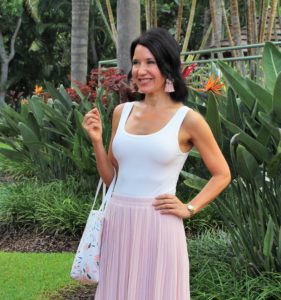 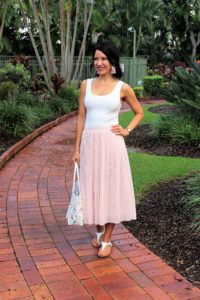